7 Things Bad Leaders Say To Themselves And Their Teams 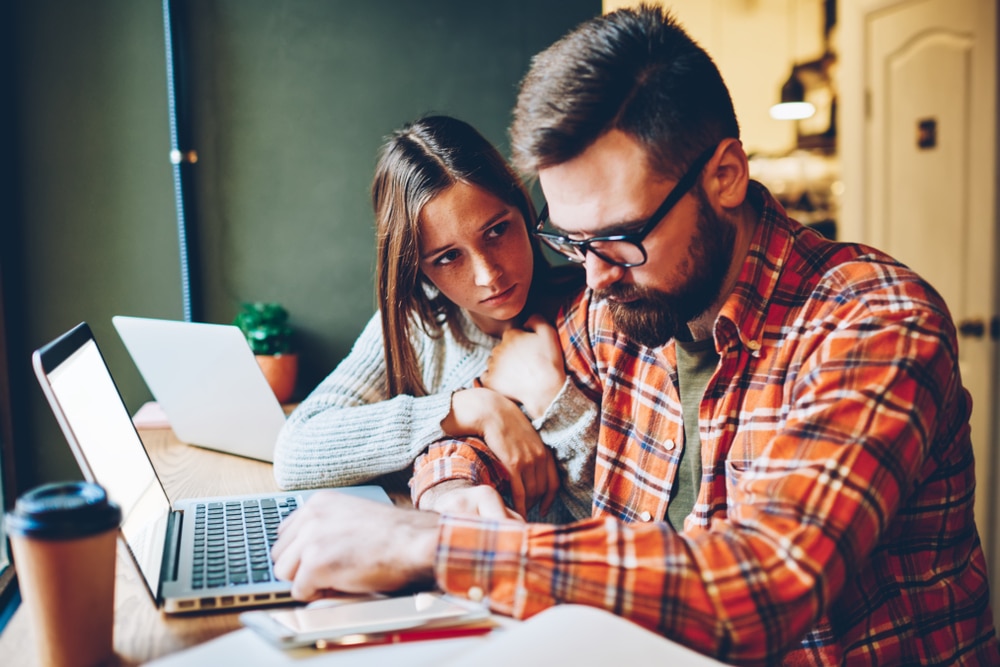 by Carey Nieuwhof: Nobody sets out to be a bad leader.

Yet according to a Gallup study, only 18% of managers have a ‘high degree of talent’ in leading people, which includes the ability to motivate and manage the relationships they have with people around them.

So why does the world end up with so many, well, not-so-great leaders?

Often those of us who lead lack the self-awareness to know when we’re leading poorly. (Here, by the way, are four things self-aware leaders know that others don’t.)

Leadership is difficult—you have to overcome obstacles that non-leaders never tackle, AND you have to then lead other people through them.

But your first approach to a problem isn’t usually the right one.

Here are 7 things bad leaders say to themselves and to their teams. I only know this, because, over the years, I’ve caught myself thinking or even saying some of these things.

And I’ve realized that if I’m going to lead more effectively, I need to change my approach.

1. If I’m going to get it done right, I have to do it myself

So we’ve all been frustrated with the work other people do. And it’s very tempting, after trying numerous times and maybe even after working with numerous people, to conclude that no one can do the job but me.

That’s fabulous thinking if you want to keep your organization tiny and never scale it beyond your own personal abilities.

It’s also fabulous thinking if you believe you are the only person God gifted in your organization.

But if you want to grow, it’s a terrible way to lead. And it’s completely demotivating for the people around you to hear you say that.

Usually, the inability to do great things through others can be tied to a lack of clarity on your part as a leader.

If others aren’t doing their jobs well, there’s a good chance it’s because you never explained what success looks like.

There’s also a very good chance the definition of success you carry is 100% in your head; you’ve never written anything down. Or what you have written down is so general or vague it’s not helpful.

You can’t hold people accountable for something you never explained to them. Yet most leaders try anyway.

Clarity is a hallmark of great leadership. If your team isn’t measuring up, there’s a very good chance you haven’t been clear.

You can’t hold people accountable for something you never explained to them.Click To Tweet

2. My job would be perfect if it wasn’t for people

Yes, leading people IS the most challenging aspect of leadership.

Typing, for example, is far easier than leading people. Hit the “j” key and the letter j appears on your screen.

If only people were that simple.

Ask someone to type ‘j’ and they might think you said ‘k’ or ‘a’ or they wonder if that was a capital letter or small letter.  Or they might speculate why you want ‘j’ typed in the first place.

Leading people is going to tax you more than almost anything.

Leadership is difficult because leaders take people where they wouldn’t ordinarily go.

Think about that for a moment. That’s hard!

But please realize that as much as you joke that your job would be easy if it wasn’t for people, you wouldn’t have a job if there weren’t other people.

Figure out how to lead better, and you won’t be nearly as mad at people as you used to be.

Often, when you’re mad at others, you’re really mad at yourself and your inability to lead them.Click To Tweet

What do you do when you feel like you’re losing control in leadership?

You try to take control.

Ever notice people who start sentences with ‘listen’ rarely listen?

And when you stop listening, you shut down everyone else in the room. They instinctively think “well, he’s not listening anymore…so it doesn’t matter what I say or ask.”

Instead of trying to take control, ask a question instead, like “Is anything unclear?” or “So what are people thinking?”

People who start sentences with ‘listen’ rarely listen.Click To Tweet

4. I’m having trouble with your colleague

Every leader gets frustrated. The question is, what do you do with that frustration?

Bad leaders complain about the team to the members of the team. Big mistake.

When your team hears you speak poorly about someone else on the team, trust dissipates as quickly as a mist in the desert sun.

The team knows that if you’re talking smack about their colleague, you’re probably talking poorly to others about them as well.

Every leader needs a safe place to vent. Cultivate that. But do that intentionally.

Have a small team around you where you can solve your problems and talk honestly. Sometimes that’s a few people on the governing board or the top leaders around you. Or it might be a colleague from another town.

Make sure the number of people in that circle can be counted on one hand. Otherwise, it’s gossip and can quickly become unhelpful.

Focus the conversation on solutions, not problems. Otherwise, things will become destructive, not constructive.

If you don’t have a small circle of trusted people with whom you can solve problems, your frustration will leak out all over and do damage that can be difficult or impossible to repair.

Never complain about the team to the team if you want a great team.

Never complain about the team to the team if you want a great team.Click To Tweet

If that’s your standard, get a new standard.

If your standard is ‘At least we’re doing better than _________’, get a better standard.Click To Tweet

I hear this all the time:

My people won’t let me spend money on leadership coaching.

My people won’t let me change the way we do music.

My people won’t allow us to consider that kind of ministry.

Your people won’t let you? Really?

Hey, when you were four years old, your mom wouldn’t let you do things.

But you’re not four anymore.

There’s so much wrong with the ‘my people won’t let me’ stance:

First, you just threw your entire crew under the bus.

Second, you’re the leader. So lead them. (If you can’t lead them effectively enough to change people, stop blaming them and look in the mirror.)

Third, if the change you want to bring about is unsuccessful for now, respect that. Back your people in public. Back them in private. Love them.

But love and respect are linked. And you don’t throw people you love under the bus.

If you can’t love your people, stop leading them.

If you can’t love your people, stop leading them.Click To Tweet

7. Failure Is not An Option

I want to say this so bad. And I have said it in the past.

But I know it’s completely wrong.

If you’re going to innovate, you have to fail.

One of the best things I’ve done in the last 5 years is launch a leadership podcast. Over 7.5 million downloads later, it continues to grow every year.

But my first attempt to launch into the leadership interview space went nowhere. I was so excited about the idea of facilitating great interviews for leaders. Back then, I even did video.

But nobody watched them. So I embedded the videos in blog copy as well. And guess what? my leadership interviews were my least read posts.

It was an abject failure.

Then I relaunched the idea as a an audio podcast.

For those of you who are curious, here’s my first video interview with Frank Bealer on YouTube.  Five years after I uploaded it, it has something like 8 views.

Now, here’s my latest podcast with Frank on Episode 242 of my Leadership Podcast. Three weeks after airing, it has 21,000 listens.

So what’s the difference between the two?

If you don’t learn to fail, you’ll never truly succeed. As Winston Churchill said, success is moving from failure to failure without loss of enthusiasm.

If you don’t learn to fail, you’ll never truly succeed. As Winston Churchill said, success is moving from failure to failure without loss of enthusiasm.Click To Tweet 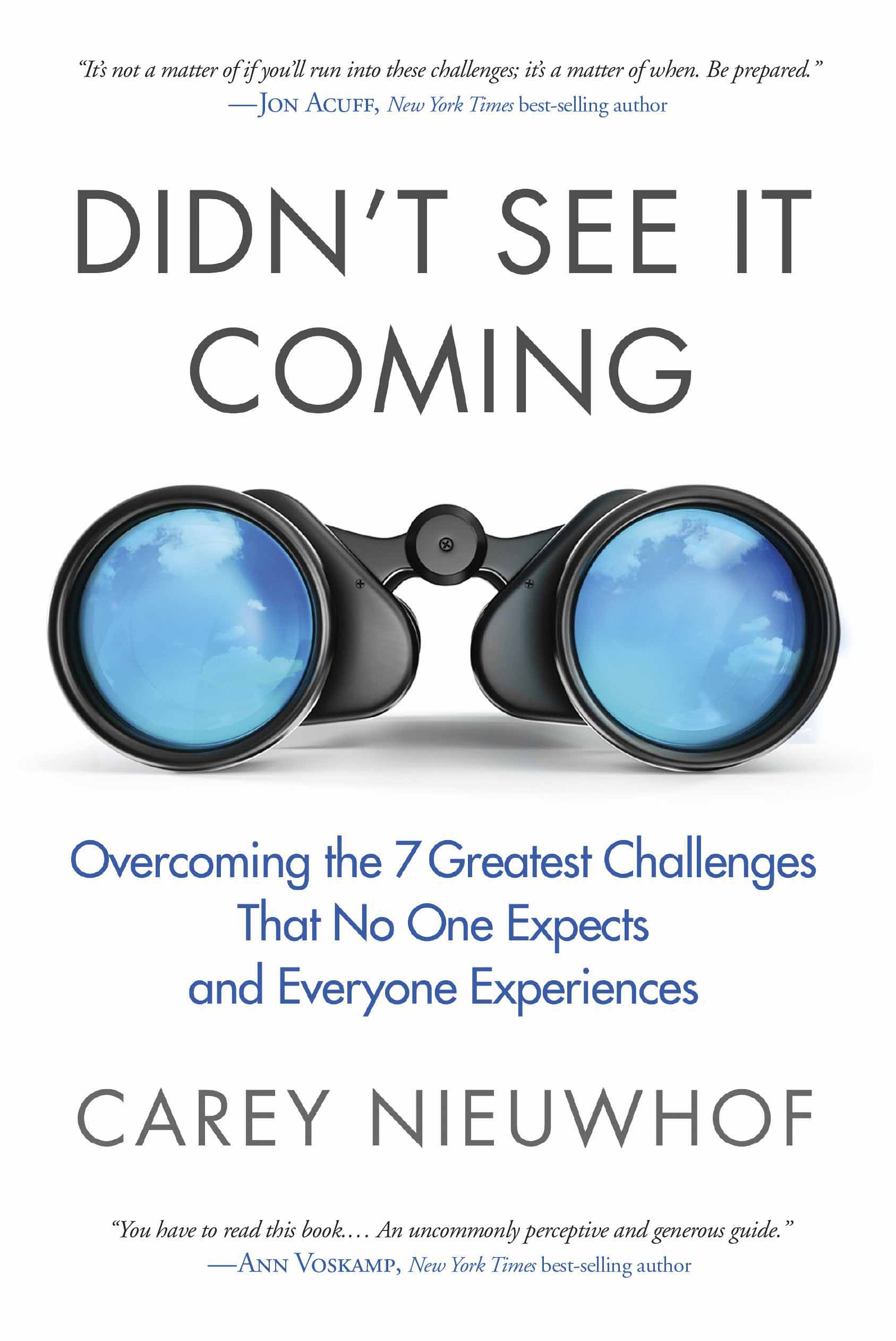 If you want practical help overcoming some of the biggest internal challenges leaders face (self-leadership), my latest book Didn’t See It Coming: Overcoming the 7 Greatest Challenges That Nobody Expects and Everyone Experiences tackles the seven core issues that take people out: cynicism, compromise, disconnectedness, irrelevance, pride, burnout, and the emptiness of success and provides strategies on how to combat each.

I wrote the book because no 18 year old sets out to be cynical, jaded and disconnected by age 35. Yet it happens all the time.

The good news is, it doesn’t have to be that way.

Here’s what top leaders are saying about Didn’t See It Coming:

“Seriously, this may be the most important book you read this year.” Jud Wilhite, Lead Pastor, Central Church

“Whatever challenge you’re facing, whatever obstacle you’re hoping to overcome, whatever future you dream or imagine, there is something powerful for you here.” Andy Stanley, Founder, North Point Ministries

You can learn more and get your copy of Didn’t See It Coming here.

What do you think?

What are some things you’ve heard bad leaders say that you could add to this list?

What have you caught yourself saying?

Scroll down and let me know in the comments!

The post 7 Things Bad Leaders Say To Themselves And Their Teams appeared first on CareyNieuwhof.com.

Source: 7 Things Bad Leaders Say To Themselves And Their Teams