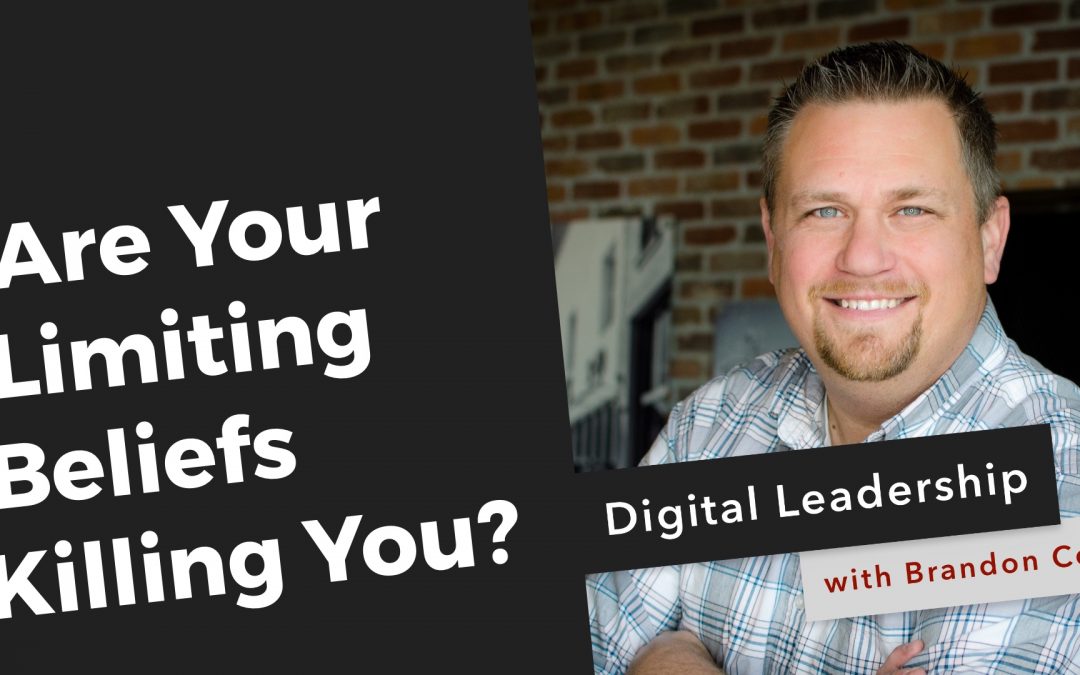 by Brandon Cox: We are held back from our fullest potential for success by thoughts and beliefs rooted in error rather than truth. In this episode, we’ll talk about what the most common limiting beliefs are, where they come from, and how to overcome them!

Your limiting beliefs are definitely holding you back from your fullest potential as a leader and an influencer.

One of the more important recordings I’ve ever listened to was Earl Nightingale’s talk on The Strangest Secret. He pointed out the fact that 95% to 99% of people never achieve real freedom or success in life. And the biggest reason why is because of their thinking patterns, their limiting beliefs. It’s epidemic.

Until you understand where your limiting beliefs come from, it’s hard to overcome those thought patterns.

A lot of your limiting beliefs come from the negative and jealous friends in your life. There’s this sort of whispering that takes place about the people down the street with all the money and the nice cars and, “Oh, I wonder how they got that.”

It’s those suggestive kinds of questions and criticisms that often feed and fuel limiting beliefs inside of us, that convince us that we should not seek to be successful.

3. A culture that celebrates mediocrity

As Earl Nightingale pointed out, we live in a system that is built for survival – a system built to help as many people as possible to not fail. We try to make sure that nobody is left out of that equation. We are settlers in a culture of settlers.

5. A culture of criticism of and by other leaders

I’ve been watching this for a decade now. Anytime a leader – especially a church leader – rises to a place of influencing others, immediately people start to write negative things about them. We’ve given way too much voice to people slinging mud from behind a computer screen.

Negative opinions spread faster than positive ones, and in this culture of “discernment” (often that word is used as an excuse for having a critical spirit and it doesn’t reflect the biblical idea of discernment), it’s popular to criticize anybody who wants to influence people, to earn more money, or to sell books. We verbally put them in their place, at least in our minds.

So we believe that if we start to achieve some success, we’ll get criticized for it. And maybe that’s true, but does it really matter?

8 Examples of Limiting Beliefs of Leaders

In other words, we have a scarcity mindset. Resources are limited and scarce. I’m going to run out, and this sort of scarcity mentality is a limiting belief. 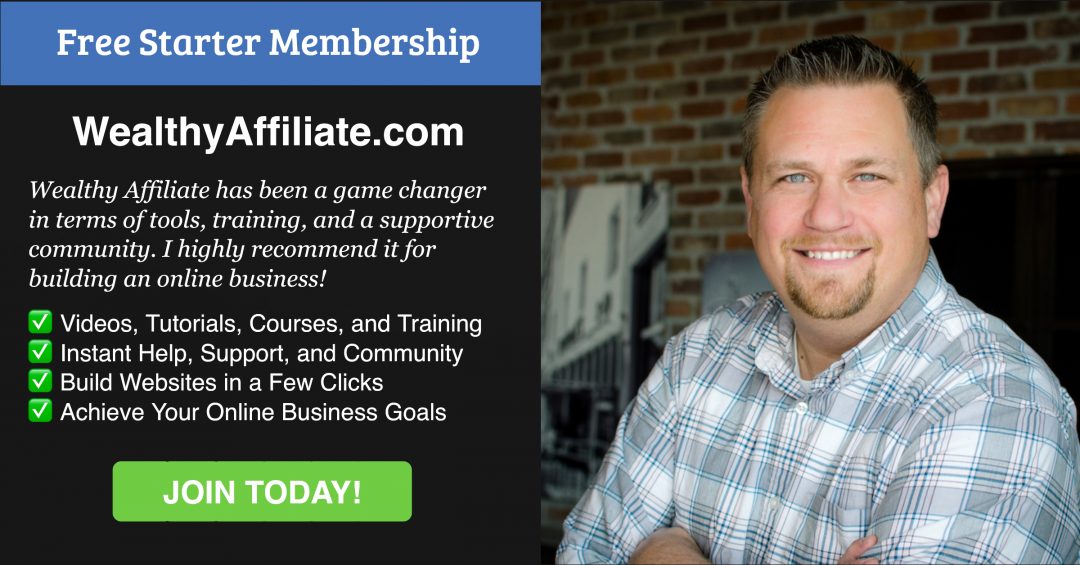 We’ll say things like, “I’m just so busy. I’m just so stressed out. I’m just so overwhelmed.” And we repeat those thoughts over and over and over, and it limits us because we really believe that we don’t have time for anything good in life. So we don’t ever try anything outside of our routine.

You can do huge things with that time. Or you can lock yourself into doing only small things because you’ll believe that time is more limited for you than for other people.

3. I can’t be myself because I’ll be rejected.

If I’m freely me, people won’t like me. So I’ll pretend to be someone else and avoid rejection.

But, you are you. God made you and then he broke the mold. There’s never been another person just like you. Don’t believe that being yourself is just a pathway to rejection. It’s actually a pathway to worship the One who created you.

People believe this because of past rejection. They believe it because of childhood, or because they came from a broken home, or someone abandoned or walked out on them when they were young.

They perhaps believe this because they’ve been through a couple of messy situations and relationships. And so we wind up believing that there’s nobody on earth that can truly love us. And that’s just not true.

God loves you. God has proven that, and he has sent other people in your life to love you.

If you believe that everything that’s ever wrong with your life is a result of what other people do to you, then there’s nothing you can do to change it. But when you start to look internally and take responsibility for your life, then you can begin to change things.

We sometimes go right up to the edge of a big dream and we hold back because we might fail. And the reality is, Yes!, you might fail.

If, instead of seeing failure as an end, you start to see failure as a step toward success, then you can take risks and you can grow and learn.

One of the things I do is give away my sermon notes. I wish every pastor did this. I read the sermon notes of others all the time. It doesn’t mean you preach them as your own. It just means you learn from the preparation and delivery of others.

I have a Facebook ad that runs all the time and just gives away my notes to anybody that wants them, and I get a lot of interesting comments on that on that post. One guy left a comment on that Facebook post that said, “Well, aren’t you full of yourself?”

I know that he’s coming from a place of tremendously limited beliefs. He’s insecure. I don’t have to know much about him at all to know that he is speaking out of his insecurity.

When someone else puts themselves out there and we knock them down, that is almost always out of our insecurity. When we see someone hoping to extend their influence, we sometimes tend to think negatively about them. We’re usually okay with people that already have influence. We just have a problem with people trying to grow their influence.

And so a lot of us don’t seek to influence people more because we’ve been trained by other people to think negatively about leaders who desire more influence.

We adopt the mentality that the most virtuous kind of life is one where we reject any kind of prosperity whatsoever. And we embrace poverty as a pathway to holiness. I think that’s bad theology. Just as financial prosperity may not be everyone’s calling, so poverty isn’t everyone’s calling either.

It’s the love of money – when we make money into a god and worship it and believe that money is everything – that’s a real problem. The problem is not in having money. So if you desire, more affluence to earn more money, that’s a good thing if your motives are good.

Those limiting beliefs are holding us back, and they’re killing our leadership.

They’re hindering the influence of good leadership on this earth. And these limiting beliefs have to be taken captive and destroyed.

What’s the battle plan? What do I do with limiting beliefs in my life? How do I root them out?

Take an assessment of what you’re thinking. Look at your life and ask, “What do I believe that may be holding me back?”

Destroy those strongholds. Repent of those patterns. Place them before God in prayer and declare them dead.

3. Replace your limiting beliefs with truth.

You must replace false beliefs with truth.

Instead of saying, “I don’t have time and I’m overwhelmed,” I could say, “I’m overbooked. I’m really busy right now. But I can change that. I can do something about that.”

Instead of saying, “I shouldn’t want more influence,” replace that with, “God made me for influence. I have a message that the world needs to hear.”

Good leadership is held back drastically by limiting beliefs.

God wants you to influence people according to how he wired you. He wants your message, your story, to get out to the rest of the world. He wants what you have to say about life to impact and influence others.

As a leader, what you pour into the lives of other people – the way you serve people, the way you help people – makes a difference, it’s okay to be passionate about it.

Whatever influence and whatever affluence God might give to you, you’re a steward of that. You’re always responsible to God for those things. You got to check your heart and your motives at all times along the way, absolutely. But you were made for this generation and this moment, to lead and to influence in some way.

So go chase it, and don’t apologize for it.

By the way, The Digital Leadership Podcast is free for everybody. I want it to bless and benefit people. I really have a heart to grow leaders and I hope as many people as possible, subscribe to this, share it, review it, get the word out about it, post the YouTube video, share my blog post, etc.

I also host The Digital Leadership Lab where I post mini-courses and host live teaching sessions on some of the subjects we touch on in the podcast. We go a lot deeper and we get much more practical and step-by-step.

My goal inside the lab is to extend the influence and the income of leaders. I talk about business practices, marketing practices, affiliate marketing, email lists, blogging, and also leadership topics. I’d love for you to be part of it.

If you want to support this podcast, or you just want to dive deeper into some of the topics we talk about and be part of a community of people who are growing together, run over to DigitalLeadershipLab.com and sign up.

The cost is normally $35, but because you listen to this podcast, the link below will get you 20% off for life. Instead of $35 a month, it’s $28 a month for life, on a recurring basis.

You have Successfully Subscribed!