What Would Jesus Disrupt and Other Articles Church Leaders Should Read 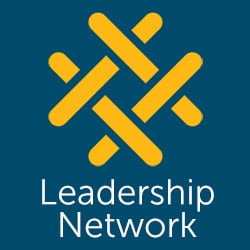 by Dave Travis: Here’s a collection of interesting, thought-provoking articles from around the web from recent weeks. For more links, check out our Flipboard magazines: Leadership Network Today, Leadership Network Deep Trends, and  Ideas to Implementation to Impact, where we curate the best in innovative ideas for church leaders.

Multicultural Churches are Addressing Racial Divides in Trump’s America (Thinkprogress.org) As widespread reports of racial harassment and white supremacist activity continue across the country, the small, but growing, number of racially integrated churches are organizing. They’re organizing workshops, serving immigrants, and vowing to stand in solidarity with Muslims. In this difficult political climate, they contend that they are uniquely qualified to foster dialogue about race and advocate for marginalized groups?—?and bring diverse groups of Americans together in faith.
The Large Parts of America Left Behind By Today’s Economy (Axios.com)U.S. geographical economic inequality is growing, meaning your economic opportunity is more tied to your location than ever before. A large portion of the country is being left behind by today’s economy, according to a county-by-county report released this morning by the Economic Innovation Group, a non-profit research and advocacy organization.

The Extraordinary Case of Mr Yamazaki (Medium.com) What happened when a Japanese headteacher imported his ‘Hitaisho’ teaching method to a rural Cornish primary school?

It’s Not a Problem to Solve It’s a Polarity to Manage (Organizationalphysics.com) As a leader, being able to discern the difference between a problem and a polarity will help you to build a culture that makes the right decisions about the right things. This is true even if, from an uneducated eye, those efforts can sometimes appear to be in support of “old” ways of thinking. But they are not old ways of thinking! You are just boosting up an aspect of a polarity that is needed in your organization at this period in time. Later on, you may boost up “new” ways of thinking, depending again on what’s really needed. Let’s see how to do that…

Life In a Fishbowl Survey Gives Voice to Pastors’ Spouses (Religionnews.com) The vast majority of U.S. Protestant pastors’ spouses say ministry has had a positive effect on their families but many report being isolated and under financial stress. A new LifeWay Research survey, released Tuesday (Sept. 12), finds that most spouses are directly involved in the work of their churches, with 1 in 5 holding a paid position and two-thirds serving in unpaid capacities.

What Would Jesus Disrupt (Bloomberg.com) “The most successful startup in history!” Of the parable of the talents, in which two servants are lauded by their master for turning a profit with money he staked them: “The first recorded instance of venture capital and investment banking in history!” Of ancient business elites: “A church is the oldest marketplace in the history of the world.” Of the promised land of angel investing, where divinely inspired entrepreneurs dwell: “Because God creates things, too!” Mark Burnett, the producer of The Apprentice and Shark Tank, shows up to remind everyone that “the Bible is full of merchants and people doing work.”

The Turquoise Table Movement Wants You (Christianitytoday.com) As she sat outside every morning praying, she began to meet people she had lived next to for years. “I started learning the difference between entertaining and hospitality,” Schell says. “Entertainment… you can’t do all the time, you can’t do that at every opportunity. Hospitality is a way of life. It’s not what we’re doing; it’s who we are.”

Survey Spotlights American Views On Sin (Bpnews.net) As America becomes more secular, the idea of sin still rings true, said Scott McConnell, executive director of Nashville-based LifeWay Research. “Almost nobody wants to be a sinner,” he said. The survey question about sin was inspired in part by an exchange McConnell witnessed on his way to a Nashville Predators hockey game. A religious group of protesters began preaching at people on the street outside the hockey arena, calling them sinners, McConnell said. That led a few people in the crowd to embrace the title with enthusiasm. “I wondered how many people really think of themselves as sinners,” he said.

What the Single in Your Pew Needs From You (Christianitytoday.com) Singles are on the rise. Here’s what forward-looking churches need to know.

Life.Church Digerati Ship-It Week (Medium.com) To create an atmosphere that welcomes people, that meets people right where they are, you have to inject a little human-ness into a website, and they did that through a ‘blue button.’ It’s a chat-like integration that allows team members or volunteers to talk with people, answer questions, and pray with people in real time. They even created a set of custom premade interactions that…

The post What Would Jesus Disrupt and Other Articles Church Leaders Should Read appeared first on Leadership Network.

Source: What Would Jesus Disrupt and Other Articles Church Leaders Should Read