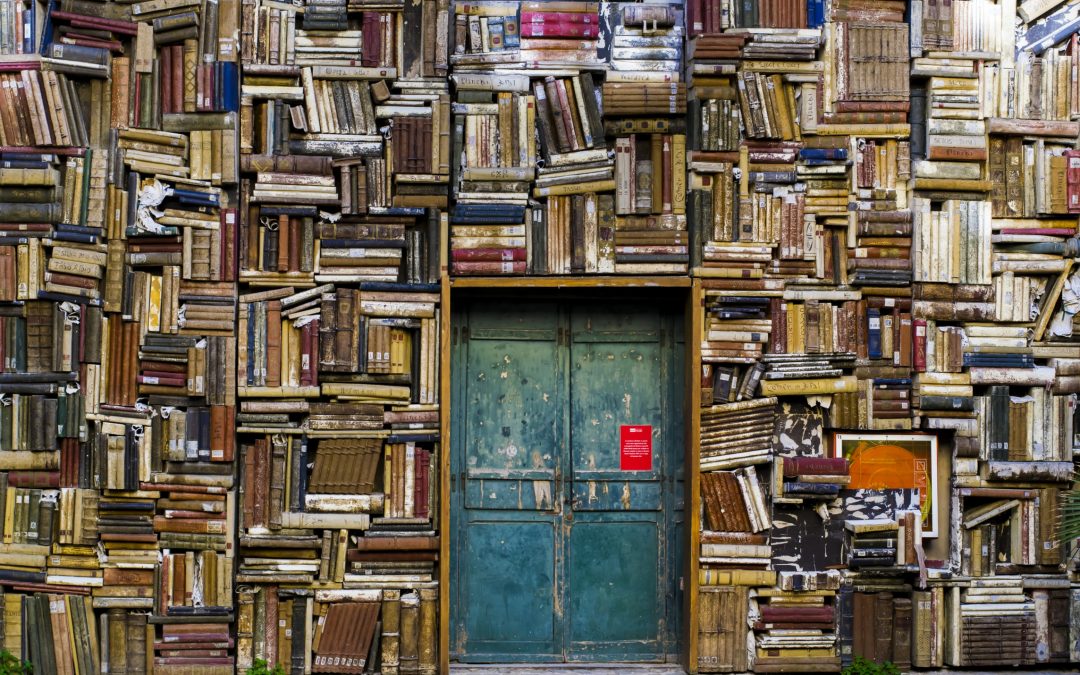 by Brandon Cox: I read a lot of books in 2019. More than usual, in fact. Some were just okay. Some were fantastic. And a couple were downright mind-altering and life-changing.

Before you browse my list, here are a few things you should know:

Without further ado, here’s what I read in 2019 along with my very brief thoughts on each…

I’ve heard it, and said it, “God cares about your holiness, not your happiness.” And Randy Alcorn taught me that this oft-repeated idea is baloney. Turns out, the Bible has a lot to say about your happiness and about God’s desire for you to be happy. That doesn’t mean happiness is a higher priority than holiness, but you can’t simply write off happiness as an unnecessary bonus to the Christian life. This book was eye-opening.

Double Blessing: How to Get It. How to Give It.

I’m a huge fan of Mark’s writing. He’s gifted! And in this book, Mark creates a hunger in the reader for all that God wants to pour into us in terms of his blessing. He explains and defines what God’s blessing is all about and talks about the cycle – the way to be blessed is to give blessing.

Get It on Amazon »

If you’re uncomfortable with the idea of miracles occurring today, you probably won’t like this book. Personally, I loved it! Heidi forced me to evaluate my faith in God’s ability to show up and work in visibly powerful ways. Her story is pretty amazing.

The Azusa St Mission & Revival: The Birth of the Global Pentecostal Movement

I fear that one of the reasons some evangelicals have been so quick to write off the Pentecostal movement is because of it’s small and humble beginnings. William J. Seymour, the son of former slaves, is at the center of the story. The movement took off in a poor, primarily black community in Los Angeles, and as it spread across the country, the first churches to be swept up in it were primarily black.

There is, among white evangelicals, an unspoken and usually quickly denied but prevailing myth that predominantly black churches are really good at worshipping in spirit, but not so much in truth, because of their lack of education. Obviously this is a terribly wrong way to think, but the evidence is there. And that’s what impresses me most about the Pentecostal movement – it prevailed against the odds, spreading globally on a scale much larger than any other spiritual awakening in recent history.

Whether you embrace Pentecostal theology or not, this book is an excellent read for the sake of its historical and sociological analysis of the movement.

The God I Never Knew

I consider Robert’s book a primer on the Spirit-filled life. If you want to know and understand what it means to be baptized with the Holy Spirit, filled with his power and presence, and gifted by the Spirit for ministry and mission, this is a fantastic textbook. But the real point of the book is that the Holy Spirit comes into the life of every believer to be your best friend. He can be known. You can relate to him. And your life will be far better for it.

I spent a decade and a half learning, believing, and teaching the Bible from a purely complementarian perspective. I assumed the reading of Scripture yielded a very simple, traditional view about gender roles. And in the last few years, my mind and heart have shifted on this topic significantly. The subtitle captures my own view well: complimentarity without hierarchy.

This book tackles the topic from a high view and then drills down into every major passage and movement that might be troublesome for people on either side of the debate.

Destiny: Step Into Your Purpose

Destiny is a little like The Purpose Driven Life, but targets readers who may not be believers. It’s comprehensive in terms of describing the entire life of the person created by God for a purpose much higher than mere survival. Bishop Jakes deals with all of the obstacles and confusion one runs into on the way to the destiny for which God shaped each of us. It’s an incredibly inspiring read.

My good friend, David Williams, recommended this book. It’s a business book, written for professionals, with a deeply spiritual meaning – the more you give, the more you’ll enjoy. The goal isn’t getting. It’s always giving. And not just money – advice, time, affection, connections, and more. Living unselfishly is the pathway to the kind of success you’ll actually enjoy having.

The Road to Freedom

When I was a pastor at Saddleback, I had the privilege of working with John Baker, the founder of Celebrate Recovery. His son, Johnny, has his own amazing recovery story and shares it in this book, along with how he has seen the eight principles of recovery at work in his life.

Dean is an incredible businessman with a real estate background. I’m convinced that most people, and many, many Christians I know, struggle in the area of mindset. We simply don’t believe we’re made for success or that success is something to be valued. Dean shatters some limiting thinking and leads us to live out habits that make us more successful.

Measuring Success, by Shawn Lovejoy – In Shawn’s newest book, he changes the scorecard for ministry leaders. It isn’t about living by comparison or by the numbers. It’s about becoming the very best leader that God has called and equipped you to be.

The President’s Devotional, by Joshua DuBois – I found this fascinating. First, Joshua’s journey into his role under President Obama and the crazy story of how he began sending devotionals to the President each day.

Courtship After Marriage, by Zig Ziglar – I’m a huge fan of the recordings and writings of the late king of sales, Zig Ziglar. He was a devoted believer who taught Sunday School most of his life and this book, while fairly basic in its principles, was a great reminder about how to have a growing marriage.

Life Without Lack, by Dallas Willard – I preached a message series based on Psalm 23 earlier in the year, and Willard’s book become a constant companion throughout those six weeks. It calmed and steadied my heart.

Raising Giant Killers, by Bill Johnson – I want to raise kids who personally experience God at work in their lives and hear from him on a regular basis. I want them to know the love, the presence, and the grace of God. Bill Johnson wrote an excellent book about how to do that.

The Bondage Breaker, by Neil T. Anderson – Anderson’s work is a classic in the area of discipleship and addressing spiritual bondage and freedom, but I’d never read it. I’m glad I did. He brings tremendous balance to the conversation of deliverance and recovery and pushes us toward a prayer-saturated, holistic approach to healing.

Born to Win, by Zig Ziglar and Tom Ziglar – Tom’s a terrific leader and co-wrote this with his late father, Zig. The message is one that so many people I know need to hear – you really were born to win!

Woke Church, by Eric Mason – To my fellow white evangelical leaders, don’t write off racial justice issues or the concept of being “woke” until you’ve read this fantastic book by Eric Mason, an African-American leader who attended Dallas Theological Seminary. He writes powerfully and persuasively from his experience and from history. I learned so much from him and believe you should, too.

Irresistible, by Andy Stanley – Andy took a lot of heat for writing this, but I believe he’s spot on. We are New Testament Christians who often still try to live as if the Law and the Old Covenant were for us, and they are simply not. The Jewish scriptures were written, ultimately, to point us toward the cross.

Fear: Trump in the White House, by Bob Woodward – I have lots of friends who don’t understand my perspective on Trump. And that’s okay. I respect that people come to their own conclusions. Having Read Woodward’s account, I believe we’re a nation of very afraid people being led by an administration that utilizes that fear to keep power. It’s an intriguing read about what it looks like on the inside of the Trump administration.

And a few I haven’t read or finished yet, but they’re on my list to read early in 2020…

What am I missing? What’s a must-read for me in the near future? Leave it in the comments below.