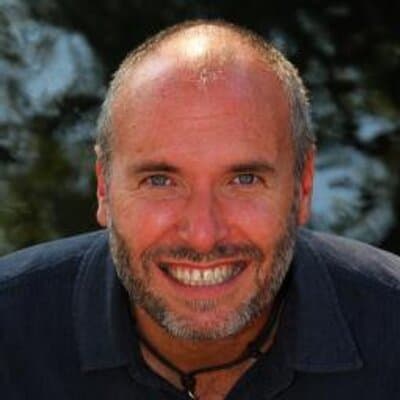 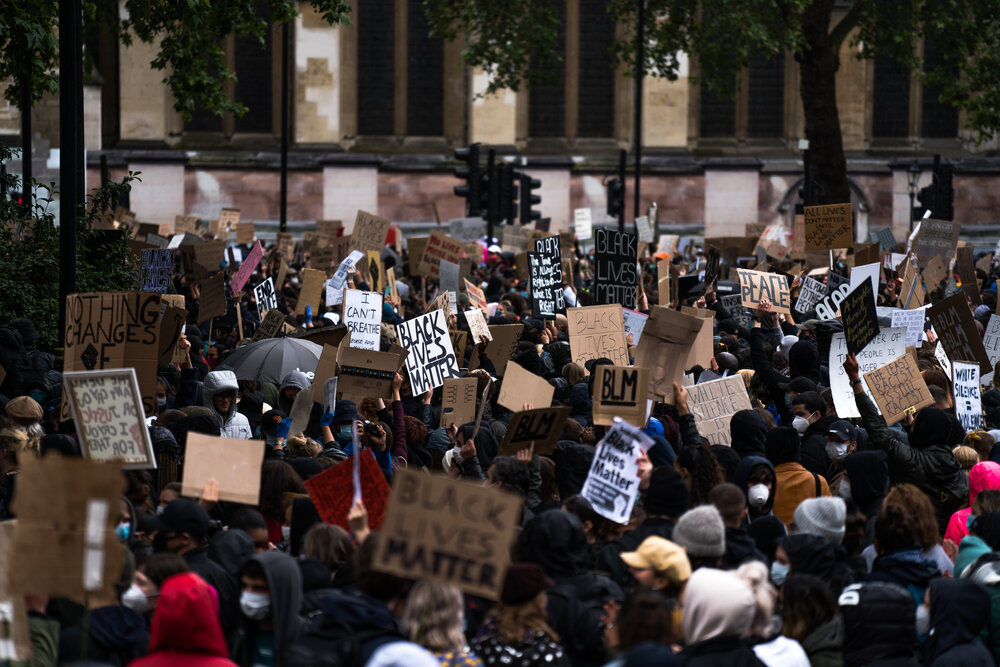 I recently had a person make a confession to me. They were at a weekly men’s prayer breakfast with 4 new men attending. During the prayer request time, he had asked everyone to pray against our current president and his policies as he believed all Christians should. After his lengthy diatribe on the matter, the 4 new people left early never to return.

The person confessing this to me felt badly and apologized to the leader of the prayer breakfast who told him, “No need to apologize. You were right.”

As a person who cares deeply about guests to our church, this story makes me wonder what business are we in as Jesus’ called out ones, especially in a year like this one.

To say this is a challenging year to be a spiritual leader would be an understatement. After quarantining for months, protests breakout that have polarized the culture we serve so severely that it has politicized whether your church even reopens or remain closed.

Enter guests checking out your church. Rather they are doing it online or in person if your church is regathering physically, new people to your church are:

Wondering where the church stands on some of the important issues facing their communities today (reopening or not, protesting or not, voting red or blue, etc.).

Looking for a place where God can be found and sense can be made of this season of life.

Hoping to find a place where people love and respect each other regardless of where they stand on any of the above.

It may be that we have to stop preaching the gospel in order to make room for our opinions and preferences politically. When that happens, many new people seeking God role their eyes, and look for the door while church members say “Amen!”.

How can we stay focused on the right thing when forces are pulling us to one extreme or the other, especially when so much is at stake? I find Jesus’ example here very powerful and instructive.

Two ways to handle political division like Jesus did.

Use stories when addressing division

We may not be quick to realize it, but when a conservative religious leader asked Jesus, “Who is my neighbor?” (Luke 10: 29 f/f) that leader was asking a politically charged question. He was hoping to label Jesus as a liberal if he answered with the name of a gentile, or a conservative if he said only Jews. If he said only Jews, the religious leader could attack him based on his actions.

Jesus did what I wished more of us did right now. He answered by telling a story.

He told a story where a person who was considered half Jew/half gentile was the hero. We know it today as the parable of the Good Samaritan, but in Jesus’ day it was a highly charged response.

No matter what you would call the parable, I find that following Jesus’ example of story telling deescalates a conversation and makes people think outside their boxes.

That’s why a few weeks ago when people asked me if I believe that “Black Lives Matter” or if I believe that “All Lives Matter”, I answered with a story. I have been to Rome and stood in the colosseum where many early Christ followers lost their lives for their commitment to Jesus. I would love to imagine someone running from the stands into that arena and shouting, “Hey! We have got to stop this because the lives of Christians matter!” Can you imagine though if someone then ran into the arena to correct that person by saying, “No! All lives matter!”

Or, can you imagine being in Nazi Germany where officers were piling Jewish people onto a train and a courageous person runs into the crowd to shout, “Stop! The lives of Jewish people matter to God and they should matter to us!” only to be corrected by a well meaning German saying, “I’m sorry, that is incorrect: All lives matter to God!”

Obviously all lives matter to God and obviously there comes a time where a group that is vulnerable needs to be pointed out and protected more specifically when they are at risk.

A story can expand a persons view. an argument causes them to dig in their heels a little deeper. I want to be a story teller.

I hear you though. “But Greg, do you know the platform of the organization called ‘Black Lives Matter’”? Yes I do. And personally, I do not support their platform. Many parts of it have nothing to do with black lives.

But do you know what I also refuse to support? The highjacking of truth. While I do not support the organization called “Black Lives Matter”, I refuse to let them or any other group redefine a truth that is self evident to all: the lives of black people matter.

If a strange cult that believed Jesus was an alien coming to abduct those who do not follow him and torture them on his spaceship adopted the hashtag “#Jesus saves”, I would not cease to believe it because they chose to use it.

We need to be careful when we allow others to redefine biblical truth, lest we be seen as the one in gross error when we oppose them.

Another thing Jesus did when he found himself in a polarized environment where people wanted to play “gotcha!” politics with him, was to not get trapped into either/or thinking.

Jesus represents the God of the 3rd option.

I would love to do a Bible study someday on how God offered a third option to people who only saw two extremes. For now, just let me draw attention to 2 magnificent examples to inspire you as you serve guests (and members) from your church coming from the far right and left of the current political spectrum.

The first is when religious leaders wanted to label Jesus as either a liberal “one world order guy” or a conservative rebel securing one’s rights against the oppressive Roman government. They did it by asking a simple, but dangerous question: “Is it right to pay the Imperial Tax to Caesar or not?” (see Matt 22:15-22).

Jesus could have answered yes or no. Yes meant he was a liberal Jew who saw benefits to canceling their cultural distinctive and becoming part of the larger global empire. Saying no would make him a conservative Jew, demanding the freedom to be autonomous and free from the controls and requirements of the prevailing occupying government

We could also yes or no to people’s questions on all matter political. But Jesus didn’t. He simply held up a coin and asked whose image was on it. Then he said to give Caesar what is Caesar’s and to give to God what is God’s.

A second example among many was when a woman was thrown in front of him after being caught in the act of adultery (John 8). The conservatives wanted the death penalty. The liberals wanted to feel that she had done nothing wrong and should be free to go in the grace of God.

Jesus then said that she was guilty and that the person who is without sin should throw the first stone.

Do you here the pin dropping?

Everybody left and after Jesus asked the woman where her accusers went, he said that he would not accuse her either but to go and sin no more.

I want to join Jesus in the same. I want to offer a 3rd option to all this nonsense and division so I can do the harder job that Jesus did-that of a Peace Maker.

Notice I didn’t say Peace Keeper. Jesus kept little peace. Controversy surrounded him continually. He took on the more difficult task of making peace where there was none: between Jews and Samaritans, poor and rich, God and mankind. Bloody work to say the least but that is who we follow. 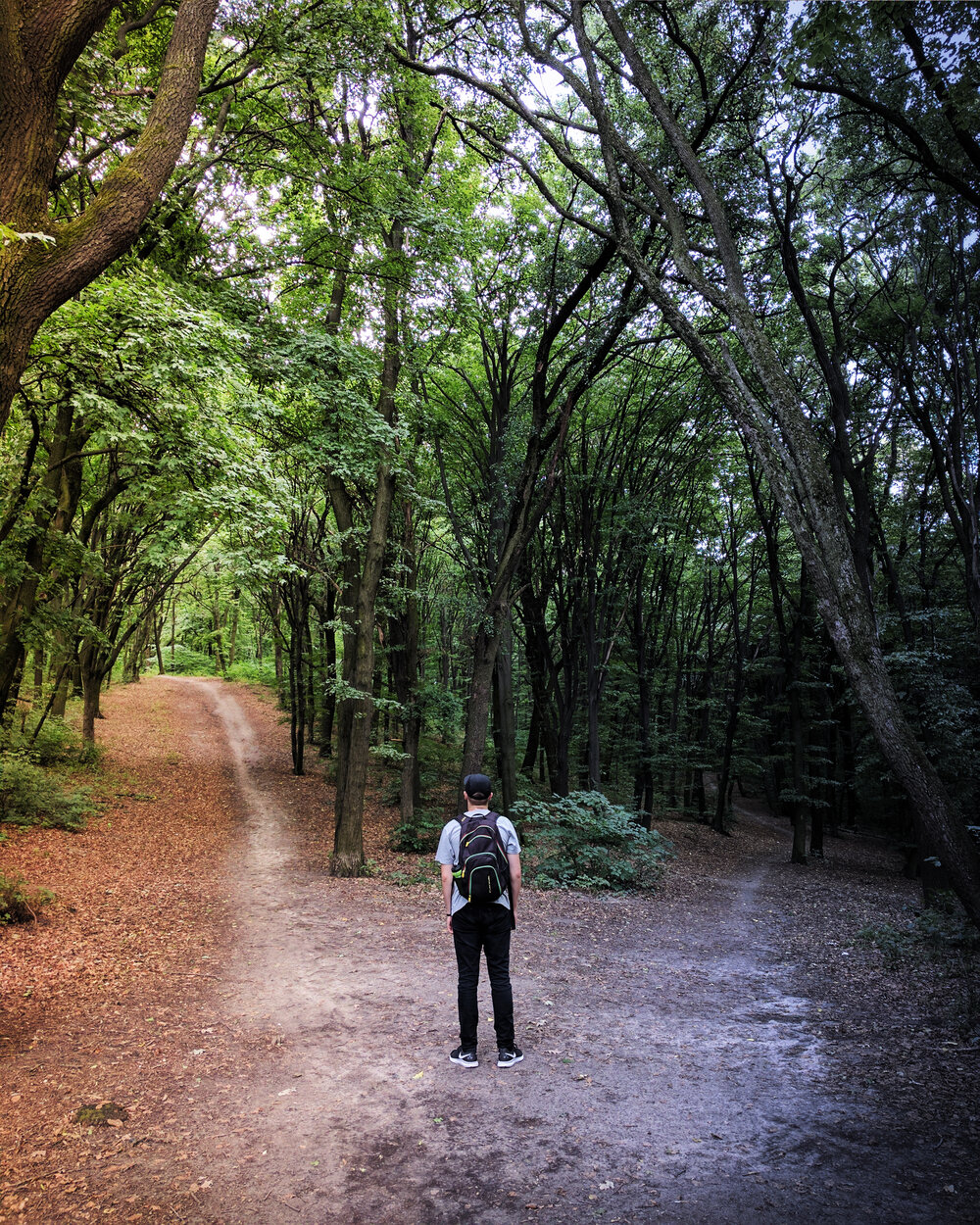 What if we offered people a third option, instead of just being on the left or on the right?

I don’t think the 3rd option is somewhere in between right and left, red and blue. Jesus is not the purple candidate. He is not moderate. He is not half way between the two. He is completely other than.

Consider how C.S. Lewis put it:

“I am going to venture on a guess as to how this section has affected any who have read it. My guess is that there are some Leftist people among them who are very angry that it has not gone further in that direction, and some people of an opposite sort who are angry because they think it has gone much too far. If so, that brings us right up against the real snag in all this drawing up of blueprints for a Christian society. Most of us are not really approaching the subject in order to find out what Christianity says: we are approaching it in the hope of finding support from Christianity for the views of our own party. We are looking for an ally where we are offered either a Master or—a Judge.” C.S. Lewis, Mere Christianity.

Where do we find our Master’s game plan during divisive times? I find it in answering the question posed in Andy Stanley’s book Irresistible:

What would love require of me?

Acting on the answer to that question would place us in the shoes of Jesus and make peace in a way that would be hard to oppose.

It would also be an irresistible environment for guests at our churches.*

*For more on this, see my facebook live video here.