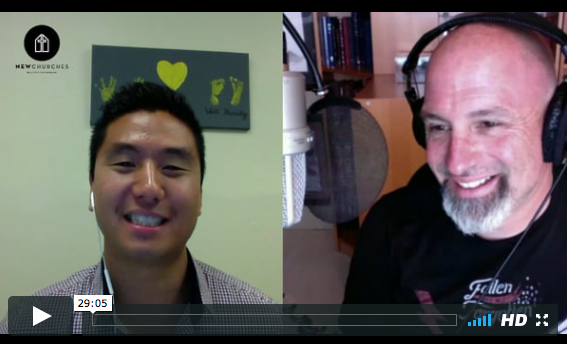 Harrison Ford is no stranger when it comes to starring in larger-than-life trilogies. The biggest trilogy, obviously, was Star Wars. The second, Indiana Jones. In the Indiana Jones’ trilogy—and the latest one that came out in 2008 (and another one slated to come out in 2019)—Harrison Ford plays an archeologist professor, Dr. Henry “Indiana” Jones, Jr., who embarks on adventurers in search of lost relics and artifacts.

Typically, when we think of professors, adventurers don’t come to mind. We think of dry, stiff, and boring people who are extremely brilliant and smart in their field of expertise. But Dr. Jones, turned Indiana, flips the stereotypical professor on its head. And it is the adventurer that glues the eyes of millions to the screen.

Recently I conversed with Peyton Jones about his new book, Reaching the Unreached: Becoming Raiders of the Lost Art, where he talks about how the church in its infancy was more like Indiana Jones, but that over the two millennia has shifted to more of a Dr. Jones. In other words, the church in the first century—the church that turned the world upside down in a generation—was the adventurer. It moved with an abandoned heart, willing to take risks and to face danger, all for the sake of the mission of God.

Today, the church isn’t as risky and thrill seeking as it once was—particularly the church in the West. The tendency today is to be more calculated, safe, and secure. In other words, they tend to be more “Dr. Henry Jones-esque.” This flip of character has not glued the eyes of the world to the movement of the church. The church has become more like a boring, stiff, and dry professor stuck in a boring, dull, and static classroom.

During my time with Peyton, he discussed why he wrote the book and went even deeper on how the contemporary church can recover the adventurous spirit it once had—the one that turned the world upside down.

To move from a more professorial spirit to an adventurous one, there are at least three actions the church must take.

We live in a day where people bypass the “real” for the “fake,” which we call substitutes. For instance, we have artificial sweeteners that act as a substitute for sugar; egg beaters that take the place of eggs; and faux leather that is cheaper than real leather. Generally speaking, the substitute is either marketed as better for you or better on your wallet.

While substitutes aren’t necessarily bad, in and of themselves, they do take the place of the real thing. With regard to the church, substitution in the place of substance is bad. And according to Peyton, there are at least six substances that the church has replaced with substitutes. Here they are:

Reach for Size
Adventure for Security
Significance for Success
Mission for Meetings
Power for Programs
Approval for Applause
In comparing the early church to the contemporary church, the early church wasn’t preoccupied with size, security, success, [institutional] meetings, programs, or applause. Rather they were concentrated on the missional adventure of reaching the nations in the power of the Spirit for the ultimate approval of King Jesus. And I agree with Peyton, the church must reclaim the substance of who we are and what we do rather than cheap imitations and substitutes.

The tidal wave called pragmatism was at its height during the seeker and church growth movement. Yet the effects of pragmatism still linger behind. Many practitioners within the church still focus on systems, strategies, and methods. This is not a bad thing. You’ll find that I spend a great deal of time thinking through systems, strategies, and methods—and how to translate them into a process by which churches can mobilize their people to engage neighbors and nations with the good news of Jesus Christ.

To read the remainder of this article, and to listen to the entire Behind the Scenes segment with Peyton Jones, click here for the full video and post.

This video is part of Plus Membership. To get full access to it, and much more, I encourage you to become a Plus Member. Click here to see all the benefits of becoming a Plus Member.